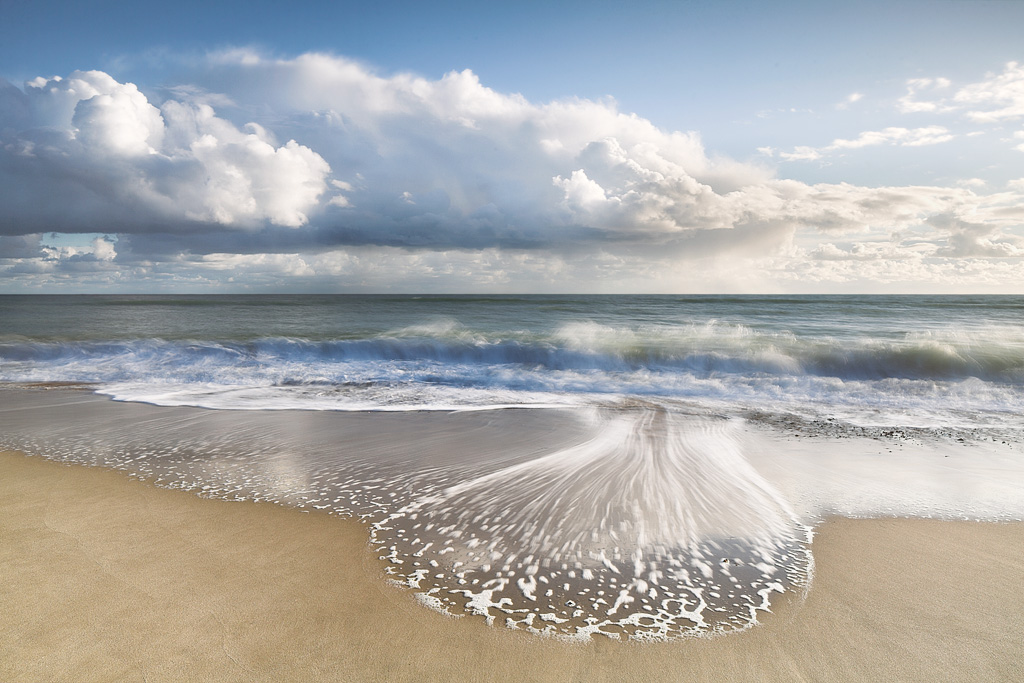 On Saturday 19 January 2013 I went to the Excel centre in the Docklands to attend the Outdoors Show – well, really to go to the presentation of the Outdoor Photographer of the Year award run by Outdoor Photography magazine. This international competition is now in it’s third year. There are five categories and I knew that I had won the At the Water’s Edge category. The overall winner was to be announced at the show…and it was me. Overwhelmed is an understatement!

A little about the image

Southbourne is a little east of Bournemouth and nestles alongside Boscombe. It’s quieter section of the beach that effectively stretches from Hengistbury along to Poole.

As for the photo, I had in essence followed a storm from Southampton to Southbourne. Usually these break up across the Isle of Wight ensuring really interesting weather patterns from Southbourne. I arrived a little early and the impending stormy weather can be seen gathering on the extreme left.

The good thing about Southbourne is that there are undulations at the shoreline in the sand between the sea groynes and these can produce absorbing sea trails. It was really a case of choosing one of these and ensuring a shutter speed of 0.6 to 2 seconds to produce a pleasing wave pattern. That’s the excitement really and part of the reason for being a committed coast hugger. Despite the impending stormy weather, I think the image displays a sense of calm.

The Excel centre in the Docklands hosted the Outdoors Show. Having spent the previous dawn in splendid isolation in a snowy New Forest, the Excel centre was a little ‘busy’. There were also two other shows on – the boat show and the bike show.

Outdoor Photography magazine had a good sized booth at the show with seating for about 50/60 people with space around. I managed to catch a very inspirational talk by Andy Rouse and also had a play with a 12,000 quid 200-400 zoom lens (paired with a 1DX) on the Canon stand. You stand there justifying it to yourself…

All the OPOTY category winners and runner-ups were printed by The Printspace and displayed around the OP booth and all looked rather fab. The OPOTY presentation was excellent – each category winner (if attending) came up to a little stage platform and said a few words about their image which was displayed on a large TV.

Afterwards I took in the inspirational talk by Pete Bridgwood on the ‘Dynamic Landscape’ and then went for a beer with the mighty man himself.